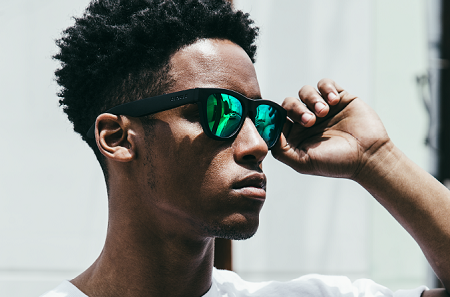 If you live in an area that sees a lot of sun, then you probably own at least one pair of sunglasses. Some like to be stylish and have multiples so they can coordinate with their outfits, but functionality and not spending copious amounts on many different pairs of shades can be just as effective. Of course, they don’t just have to be normal sunglasses that block your eyes from the rays of the sun. They can be far more…entertaining.

While you wouldn’t think of these sweet Zungle Panther Sunglasses as being anything more snazzy shades, they’re also bone conduction speakers, and have a mic so you can take calls on the go. It’ll be so discreet that people will think you’re talking to yourself all over again, just like the Bluetooth earpiece craze (which hasn’t fully gone away). We’ve seen plenty of these bone conduction headsets in the past, though nothing quite this streamlined.

The benefits of these headsets are that they are much safer as the open ear allows you to hear exterior sound, its built-in mic is noise-cancelling, and has four hours of play time. Since these are likely meant for a very specific group of consumers (9-to-5er’s who live in a sunny state that are only outside for a few hours a day), they are pretty neat and cost as much as any other nice shades would at $119. These are already funded through indiegogo, but are pre-order only, shipping in February of next year.

Available for pre-order on Indiegogo