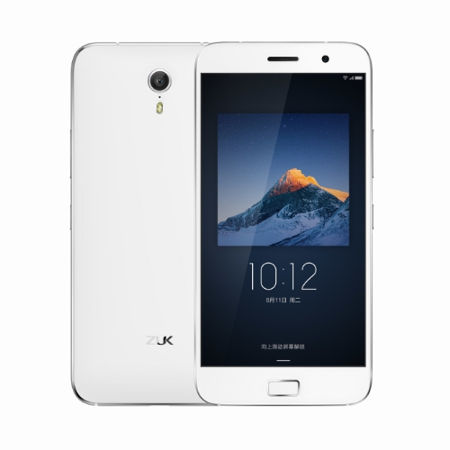 Another day, another smartphone hits the market, although this time around, we have something from a far lesser known manufacturer. Of course, if you were to think that this one hails from the likes of Samsung or Apple, you would be forgiven, but then again, all companies must start somewhere, even right from the very bottom if it has to. Chinese startup ZUK, with the backing of Lenovo, has just introduced its very first smartphone, calling it the Z1.

The ZUK Z1 has been specially designed for power users, and by that, what do we mean? Well, the ZUK Z1 will arrive with a fingerprint sensor for starters, where there is also a Qualcomm Snapdragon 801 processor to keep it chugging underneath the hood. Need some memory to store all of those snapped photos? Not a problem as you have 64GB eMMC storage, while a 4,100mAh battery would power the device decently for a day.

Connectivity options include a USB 3.0 Type-C port that will certainly be of interest, since this is the new kind of USB port that does not really care which way you plug it in, it simply works. An international version is said to be in the pipeline, although the handset itself retails for RMB1,799 at the moment.

Another thing that makes the ZUK Z1 special would be the U-Touch button that sports a fingerprint sensor, where it will merge the likes of home, back, menu, app switching and multi-tasking functions all in a single button. Other hardware features include Dual SIM Dual Standby, a 13MP camera at the back with a professional OIS optical image stabilization system with Largent lenses, a front-facing 8MP camera in front with a large aperture of f/2.2 and pixel size of 1.4-μm, all of it running on Android 5.1.1 Lollipop. Seems to be worth checking out when it arrives internationally, don’t you think so?