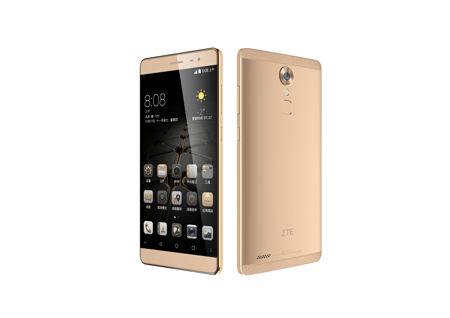 The world of smartphones is a diverse one, although most of the time, we would see it split right down the middle with Android powered devices on one side, while the other would have the iPhone range keeping its millions of users happy with each new iteration. Somewhere in a corner would be the Windows 10 Mobile platform, which is still relatively small when compared to those two, although it is growing and has a fan base of its own as well. Toady, we shall focus on the Android-powered faction with ZTE Mobile Devices having announced the launch of its newest and final model of its high-powered AXON flagship series, where it is known as the ZTE Axon Max.

The ZTE Axon Max has been specially designed to cater for those who are serious at their work, in addition to being focused on having a good time winding down from whatever stress that they had to go through during the work day at the end of it. In other words, it is a great device that has been shaped to cater for both work and play.

Some of the hardware specifications for the ZTE Axon Max include a 6” 2.5D Super AMOLED Full HD screen as well as ultra-slim bezels which ensure that it delivers maximum value for visual entertainment. Apart from that, users are also able to enjoy a top-of-the-line Hi-Fi audio playback and recording experience pumped out by an independent flagship audio chipset.

For those who are multimedia inclined and cannot live without snapping at least a few photos each day, they will be pleased to know that the ZTE Axon Max is equipped with astoundingly powerful cameras. There is a 16MP shooter at the back as well as a 13MP shooter in front, making the ZTE Axon Max more than ready to capture just about any moment that happens. There is a very generous 4,140mAh battery as well which should do its bit in powering an entire day’s worth of business, and fun, among others. Five energy-saving modes should keep even the most cautious people happy, where Quick Charge 2.0 capability lets you replenish it from 0 to 60% in just 30 minutes of charge time.