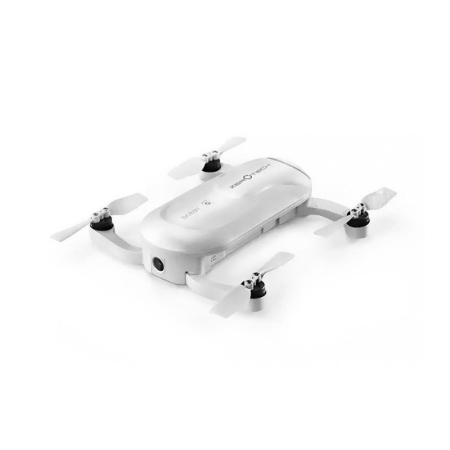 Drones are more or less something that we are familiar with these days. At least, the sight of drones do not freak anyone out any more, and drones have also proven their worth on the battlefield through tactical victories and being able to take out the target behind enemy lines. Well, thanks to advancement in drone technology, miniaturization has made it possible for you to carry a drone in your pocket. Yes, you read that right — something that you might think jumps out from the pages of an Iron Man movie, right smack in your pocket. Ladies and gentlemen, introducing the Dobby pocket drone from Zerotech.

Zerotech is a professional drone company who figured out that there is definitely a market for a pocket drone. Dobby sounds like some sort of elf name at first, but I suppose one will get used to it sooner rather than later. Being compact in nature, it has been specially optimized for photography purposes, being able to snap photos at your discretion through voice control and gesture control, while helping users to capture the perfect moment they want with least effort. At least it is not mouth controlled, which is rather weird and no a control method that has really caught on.

Apart from that, the Dobby Pocket Drone is an AI-powered drone that will boast of object tracking and facial recognition. You will be able to let the Dobby pocket drone take off via voice control, and a single click on the app will also be able to see the same happen. If you would like to snap creative and unique selfies, then Dobby’s the right drone for you.

It will also boast of patented fold-up technology so that the Dobby, at the end of the day, would be no larger than that of an iPhone 6 Plus. In other word, you will be able to have it fit comfortably into your pocket without causing an unnecessary bulge.