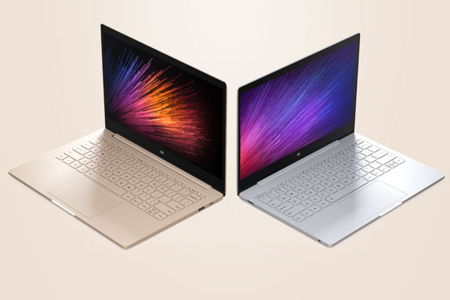 Mention Xiaomi and you would most probably think about their collection of smartphones that do happen to offer plenty of good value for your money. While the Xiaomi devices might not light up the world like a flagship smartphone release, they do get the job done — without kicking up too much fuss along the way. Well, it looks like the management over at Xiaomi would like to make the jump to expand their horizons by hopping aboard the notebook bandwagon with the introduction of the all new Mi Notebook Air.

Long being accused by many to be the Apple of China (with very little basis for believing so unless you take the design of Xiaomi’s products in question), the naming convention of the Mi Notebook Air certainly lends some credence to such allegations, as we all know how famous the MacBook Air from Apple is.

Still, what does the Mi Notebook Air have in store for the masses? They will run on Windows 10 for sure, and you will be able to choose from two models: the 13.3” version and the 12.5” version. The 13.3” version will come with an asking price of $750 thereabouts, where it will be powered by a 2.3GHz Intel Core i5-6200U processor, accompanied by 8GB of RAM, has an NVIDIA Geforce 940MX handling the graphics needs, a 256GB PCIe SSD with a factory expandable SATA SSD slot, and 802.11AC Wi-Fi connectivity. You will find that it will be no more than 2.82 pounds on the scale, and purportedly arrives with a “9.5 hour” battery life.

For those who are on a shoestring budget and need something just for casual surfing and perhaps type a document or two from time to time, then the smaller 12.5” Mi Notebook Air makes sense, with a $525 asking price. It will be a whole lot less powerful of course, with an Intel Core M3 processor with integrated graphics, 4GB of RAM, a 128GB SSD, and 802.11AC Wi-Fi. However, it will be admittedly lighter at 1.07kg and has a purported 11.5 hours of battery life.

Shared hardware specifications point to a solitary USB Type-C port for charging, a pair of USB 3.0 Type-A ports, an HDMI port, and a headphone jack. You can choose from gold and silver shades, and the keyboard itself is also backlit. Expect it to ship in China this coming August 2nd, and there is no word on worldwide availability just yet.