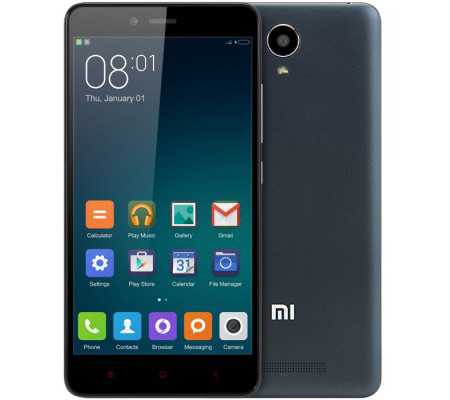 Most of the time, we would think of phablets being devices that are way too big to be a smartphone – and hence, rather difficult for one-handed operation most of the time, and yet are too small to be classified as a tablet, with most tablets being 7” in size or larger. Having said that, the 5.5’ or 6” form factor has been deemed to be the phablet zone, and Xiaomi of China entered the fray not too long ago with yet another addition in the form of the Xiaomi Redmi Note 2. I have managed to spend a week with the Xiaomi Redmi Note 2 as my everyday handset, and here is what I think about it.

If you happen to operate on a shoestring budget, then the Xiaomi Redmi Note 2 would certainly be your cup of tea, taking into consideration the amount of bang that you would be able to get for your hard earned buck. After all, it is one of the most affordable phablets out there in the market, as it does pack quite a punch underneath its hood. Its predecessor, the original Redmi Note was a decent performer as well, hence it is no surprise to see how the Redmi Note 2 has shaped up to be worthy of a place in the mid-range device market.

Before we get down to the nitty gritty, let us check out the hardware specifications of the Xiaomi Redmi Note 2 :-

First of all, the overall hardware design is definitely a plus point. The overall build of the Redmi Note 2 is solid enough to one’s touch, and it is rather light when you compare it to other premium, high end models – simply because it does not use an all metal body, but relies on plastic without feeling cheap at the same time, and that is certainly no mean feat to achieve.

Display & Chassis
First of all, while the other high end models these days pack a Quad HD (QHD) display, this does not mean that a Full HD display can be considered to be the pits. On the contrary, Full HD displays are still pretty much more than enough for the average smartphone user, and this 5.5″ IPS display that accompanies the Redmi Note 2 does not disappoint. The screen itself is covered by a black piece of glass, although the capacitive keys would retain their shade of red, which is one of Xiaomi’s signature features where the Redmi series are concerned. Since the chassis itself boasts of a matte look, you can be sure that fingerprints are going to be rather difficult to stick to, but I cannot say the same when it comes to grease.

The power button is located on the right hand side of the handset, right below the volume rocker, and there would be the charging port at the bottom left of the device, while the 5MP front-facing camera alongside a slew of other sensors are located around the earpiece segment. At the top lies the audio jack, where it is accompanied by a secondary microphone as well as IR blaster.

Flipping the handset over reveals the 13MP camera with phase-detection AF and a LED flash, and if you were to remove the back cover, there will be a couple of slots to place your microSIM cards, a microSD memory card slot, and thank the heavens – a removable 3,060mAh battery.

Using the Redmi Note 2 under bright sunlight would not yield excellent viewing results, as you will still need to squint a wee bit in order to see what’s going on.

Battery Life
I do have gripes with the Redmi Note 2 when it comes to its battery life. While the 3,060mAh battery should, theoretically speaking, be able to last up to 2 days if one were to use it to call for an hour each day, as well as perform web browsing for an hour and an equal amount of time dedicated to video playback per day, reality is, it falls far short. I do not even use Waze or Google Maps to navigate, and leaving the handset alone at night with Wi-Fi turned on and a pair of SIM cards, the battery is good for 24 hours at best – and this without any web browsing and 10 minutes of calls, tops, per day. I don’t suppose that I have received a defective battery with the unit, but it seems that a poor battery life is a main gripe for many a Redmi Note 2 user from what I have gleaned from online forums.

Connectivity & Navigation
While the Xiaomi Redmi Note 2 supports 7 LTE bands, with LTE playing nice on either SIM, only one will hook up to LTE at any one time, with the other being limited to GSM connectivity. Apart from that, tri-band GSM connectivity and quad-band 3G connectivity with HSPA support are also part of the deal.

Having said that, the phone that I used before switching over to the Redmi Note 2 was an LG G2. Now that was a workhorse of a device, and so far it has proven faithful in navigating me through unfamiliar territory without losing its GPS signal. The same cannot be said for the Redmi Note 2, as on a clear and sunny day, it can even lose its GPS signal all of a sudden – not to mention placing me a couple of hundred meters away from where I actually am on the left or right hand side of the highway, resulting in Waze acting up and going all cranky. The same happened when I used Google Maps as well, and this was not an issue with the LG G2. Certainly the GPS chipset needs some working on, or a firmware requires some upgrade to increase its accuracy level.

Conclusion
All in all, the Redmi Note 2 is certainly worth getting if you want an affordable phablet, but it would do you well to carry a power bank around just in case it runs out of juice on you. It is a decent enough day-to-day smartphone/phablet when it comes to communications, but if you are on the road much and rely a whole lot on Waze or Google Maps, it would be best to have another reliable device on standby. Should you be able to pony up a wee bit more cash, the Redmi Note 3 could be a possible option as the price difference is not all that great.