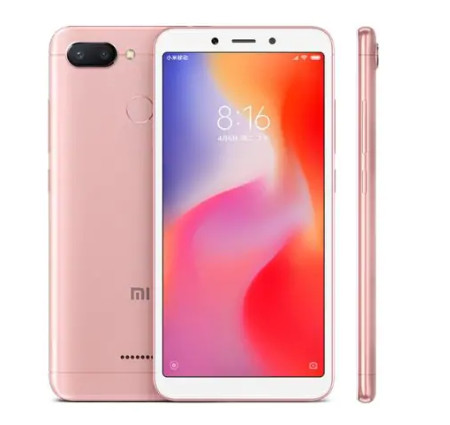 Xiaomi is no stranger when it comes to rolling out smartphones that punch above their weight without breaking the bank. This time around, Xiaomi has decided to make waves once again with the Redmi 6 smartphone. It looks like the supposed annual hardware refresh is no longer the case, as it is less than six months since the Redmi 5 was released. Here are my thoughts on the Redmi 6 after spending some time with it.

Context
Before I proceed any further, here is a little bit of context on my smartphone usage. After all, each individual’s usage patterns vary from one to another. Bluetooth is turned on for approximately an hour a day as I enjoy my music in the car, while GPS is used for two to three hours as I am on the road, in addition to a couple of hours’ worth of music playback on Spotify, with Wi-Fi and mobile data turned on all the time. Overall, I sneak in approximately 5 hours of screen time, and there is some bit of power left at the end of the day based on the 3,000mAh battery that is underneath its hood.

Hardware specifications
Firstly, there are two variants of the Redmi 6: 3GB RAM and 32GB of internal memory, while the other variant has 4GB RAM and 64GB of ROM. My unit is the former, but apart from the RAM and internal storage, everything else remains the same. In terms of hardware, there is a 5.45″ IPS LCD capacitive touchscreen display at 720 x 1440 pixels resolution with a 18:9 ratio, and a Mediatek MT6762 Helio P22 chipset with a PowerVR GE8320 GPU powers it underneath the hood. MIUI 9 will boot up upon turning it on, as it runs on top of Android 8.1 Oreo. I would recommend running a system update before installing anything else from Google Play in order to obtain the latest version.

If there is one thing that I absolutely love about the Redmi 6, it would be the fact that there is a dedicated microSD memory card slot (up to 256GB, unfortunately), to keep company the dual SIM card slots. This enables you to worry less about running out of space. Xiaomi has also positioned the Redmi 6 to be the “king” of budget dual-camera smartphones, where the back features 12MP and 5MP shooters at f/2.2, with the front sporting a 5MP selfie camera.

Most of the Redmi 6 is made out of plastic in order to denote where it stands in the smartphone food chain, but fret not, as it is well built. Both power and volume buttons are placed on the right side with just the right amount of feedback, with curved sides offering a comfortable grip. The dual SIM tray is located on the left side on the handset, while the loudspeaker is located at the back. Taking the road less traveled, Xiaomi has maintained the 3.5mm headphone jack to keep the microUSB port company at the bottom.

In terms of connectivity options, you will get Bluetooth 4.2 and Wi-Fi 802.11b/g/n in the Redmi 6, in addition to GPS, AGPS, GLONASS, BeiDou, and FM Radio being part of the deal. The 3,000mAh non-removable battery looks like a design that is set to stay, which means obtaining a battery replacement is not as simple as walking into a shop and picking one up for yourself. It would be better to bring around a power bank or charge it frequently if you are a power user.

Software
Once you update the Redmi 6, it will run the latest version of MIUI 10. There is some bloatware that accompanies MIUI, but thankfully, it is not too intrusive. Recommended apps do pop up from time to time in the form of a “ghosting” image, hoping that you will download it, but that is a mild irritant. If you want a pure Android device, you would do well to look elsewhere, but where can you get such a workhorse at an extremely affordable price point?

The usual slew of Xiaomi apps are part of the Redmi 6, making it easier to migrate from an older model to another. Xiaomi has also thrown in multiple gesture support so that you can use gesture navigation, but there is a slight learning curve which will take getting used to. Redmi 6 boasts of face recognition technology to unlock the handset, but pardon me as I prefer the old school methods of PIN, password or fingerprint authentication. Facial unlock does require a decent amount of lighting in order for it to function properly.

There is also a Second Space feature that will help you maximize the use of both SIM card slots, but that would end up draining your battery slightly more if you were to alternate between both accounts on a single handset. At least you can now separate your work and play numbers without toting around two handsets.

Performance
The Redmi 6’s Mediatek processor does its job well enough for regular usage, and this includes checking your email, casual web browsing, and handling instant messaging over the likes of WeChat, WhatsApp, Facebook Messenger, Kakao and others. I did not install Swiftkey and used the default Google keyboard instead, which helps free up system resources for a lag-free typing experience. Do take note that the Redmi 6 is not a high end handset, so you can play PUBG but with a noticeable amount of input lag even when it runs on the lowest settings, making it unsuitable for a mobile gaming device for serious gamers.

The camera works all right, offering various modes found on other Xiaomi handsets such as Short Video, Portrait, Square, Panorama, and Manual, apart from the standard Photo and Video modes. Those who feel like they want to customize their photos can enter Manual mode, letting you adjust the White Balance, Focus, Shutter Speed, and ISO settings. Quick toggles for HDR and filters add to the overall experience.

While most of the new smartphones do perfectly all right with adequate lighting, the true test comes in the form of low light conditions. Here, the Redmi 6 does not fare too well, and neither does it fail badly, either. Straddling no man’s land, it would be best to use this only under brightly lit conditions. When Portrait mode is activated, the dual cameras do a decent enough job, as the software correctly guesses where the gaps are between the arm and body with blurring done at the right areas. Do not expect flagship smartphone quality though, but it should be more than enough for your social media profiles to look better.

Conclusion
Power users would do well to avoid the Redmi 6, but for those who are on a tight budget and yet want something that is decent enough to last them for at least a year without being outdated, the Redmi 6 is ideal. Other handsets that you might consider would be the Redmi Note 5 and the Oppo F7 if you have a sub-$250 budget to play around with.

For those who would like to pick up the Xiaomi Redmi 6, you can head on to the purchase page and snag a unit for yourself. Certainly this is as close as it can get to being a quality dual-camera smartphone that falls under the mid-range tier that is easy on your budget as well.