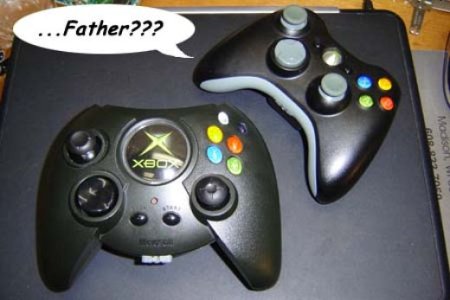 Ben Heck is at it again – this time he has taken the original Xbox controller, removed its innards, replacing it with contents from an Xbox 360 wireless controller. The differences between this and an original are extremely subtle – although can tell via the little Xbox Guide button that has been added between the “Back” and “Start” buttons, along with the built-in headset jack. Ben is currently auctioning this beast off to the highest bidder, so if you are hankering after the old Xbox controller while getting your game on with high definition graphics, be prepared to break the bank.