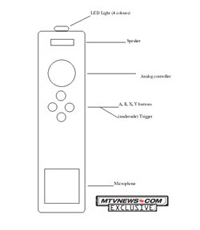 Microsoft have been working on a new “Wii” type controller. The new remote control has been in the design stages since summer last year and it is set to be launched later on this year. The new controller looks very similar to the Wiimote. It has a speaker, microphone, LED’s and A/B/X/Y buttons as well as a trigger. An analogue stick is also found there too. Rare has been put in charge of the design of this remote and have the target of building a “unified interface and look for the controller”.

A current problem Rare are having is that marketers are wanting it to be identical to the Wiimote so that games can be lured in to porting games from the Wii on to the XBox 360. As well as the remote control, Microsoft are working on another equivalent of Mii avatars to go along side the remote control.

News is still a little sketchy, but hopefully in a couple of months there will be a release date set in stone.