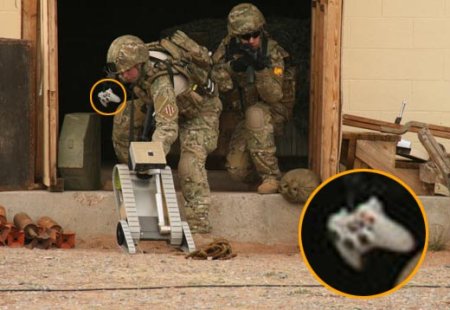 U.S. Army troops have the advantage of using the Small Unmanned Ground Vehicles (SUGVs) in the battlefield as these diminutive robots double up as their eyes, ears, and potentially triggerfingers in tight situations. These robots are relatively cheap (considering the huge budget the Army has) and can be considered as disposable, enabling ground troops to check out the next corner or even hotspots without putting their lives on the line. What makes everything so surprising is the fact that there is no million dollar research involved when it comes to controller the SUGV – instead, the humble Microsoft Xbox 360 wireless controller will do just fine.

It might sound strange at first, but in hindsight it really makes sense. After all, most soldiers participating in the war grew up on a steady diet of Mario. Why reinvent the wheel?