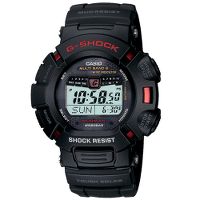 Hammacher carries some delectable devices from time to time, and this time round they’re offering what they dubbed the first Worldwide Atomic Solar Watch. We don’t suppose they’re wrong on that, so let’s see what this timepiece offers.

This is the first solar watch that can receive signals from six atomic clock radio broadcasts worldwide, providing unerring timekeeping while eliminating the need to set the time or replace a battery. It updates itself up to six times per day from time signals broadcast by radio clocks located in the U.S., UK, Germany, Japan (two clocks), and China. The watch will attempt to receive a signal from the nearest radio clock trasmitter (based upon the home city you select). Photovoltaic cells in the watchface capture sunlight and convert it into power for the built-in battery, lasting up to seven months without further exposure to light once fully charged. It automatically adjusts for Daylight Saving Time and provides the time in 48 cities worldwide. It has a 1/100th second stopwatch, countdown timer, and four alarms. It has a durable resin exterior that resists shocks and a double sealed case back and sealed buttons; water-resistant down to 600′.

It would be a shame if you had a more accurate way of telling time and yet still can’t make it on time for your appointments! If only this $159.95 watch came with some sort of anti-late mechanism.