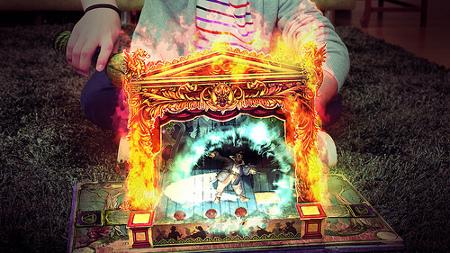 I clearly remember back in the days when I was a wee lad, there was no such thing as video game consoles. All right, there was the Atari 2600, but how many people in my neighborhood could actually scurry up the money to buy one? There were bigger things to worry about such as putting food on the table, and the number of TV channels available for viewing could be counted on just one hand (in black and white as well, not many people had the dough to purchase a color TV).
What other forms of entertainment were there for kids like me? Plenty – the great outdoors proved to be a constantly evolving and changing playground, and all it took was some imagination to get us kids running around, screaming like crazy. When we are indoors because it is raining outside, we could always draw something or read a book, an activity that will do its bit to ensure that our minds are actively engaged, instead of being passively spoonfed like this generation. Books were veritable tomes of information, but kids of tomorrow have something else to look forward to – augmented reality reading, with Sony pursuing this front thanks to their Wonderbook: Book of Spells.

The Wonderbook: Book of Spells is written by one of the current generation’s most popular authors – the maiden behind the Harry Potter series, J.K. Rowling. Developed by London Studio, this is one book that hails from the Harry Potter universe, where it functions as an enchanted textbook that was written over 200 years ago by Miranda Goshawk. Once you open the book, you will be sent over to the Hogwarts library, and each chapter lets you read about and practice around 20 spells. As you learn, you also pick up valuable experiences and lessons, in addition to house points, all part and parcel of being a Hogwarts student.
J.K. Rowling described the Wonderbook: Book of Spells as, “Wonderbook: Book of Spells is the closest a Muggle can come to a real spellbook. I’ve loved working with Sony’s creative team to bring my spells, and some of the history behind them, to life. This is an extraordinary device that offers a reading experience like no other.”
Do expect more augmented reality books from Sony later this year. This particular title will utilize your PS Move accessory as a magic wand. Sad to have such a fat wand, ain’t it?
Source