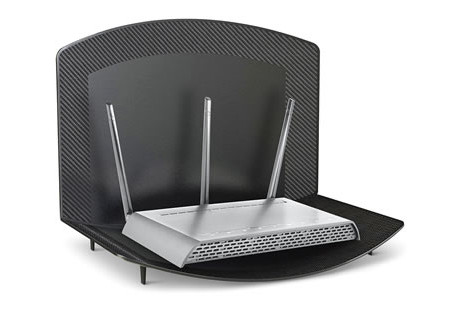 While a fair number of us happen to live in a shoebox apartment, especially in the more crowded cities, some of us have slightly more breathing space in our larger sized flats, or for the more prosperous, we have a piece of landed property to frolic around in the mornings and evenings. The thing about a larger sized property is this — your WiFi signal might not be strong enough to reach certain rooms, which can be considered to be a ‘dead’ area. Rather than to think about another method of rewiring your home WiFi network, how about using the $59.95 WiFi Directional Booster?

The WiFi Directional Booster is a cordless WiFi booster which claims to be able to improve the strength and speed of a home’s wireless network. It is different from electric WiFi boosters which require a complicated installation process and convoluted passwords, as this unit can be placed under an existing router and it will then operate like a directional antenna as it ushers a router’s WiFi signal to areas of a home which would normally be out of range. This is made possible thanks to a patented seven-layer technology which naturally increases a home’s WiFi signal coverage by 50%, at the same time reducing buffering time and eliminating the halting hiccups of streaming content. Best of all is, no power is required!