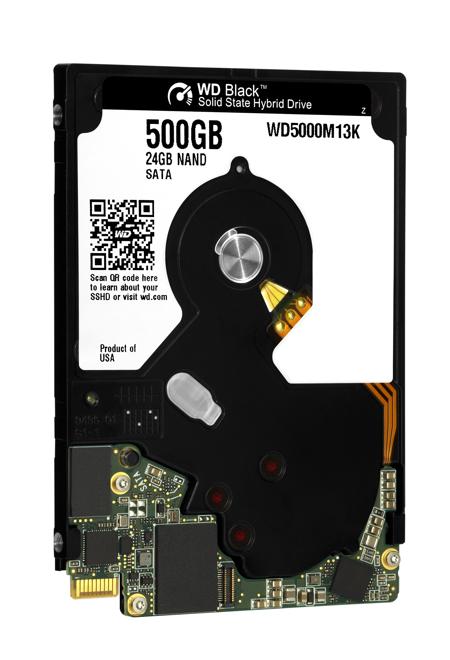 When it comes to storage space on your computer, a couple of names would definitely stand out – for the larger capacity hard drives, you would most probably have one form of Western Digital products lying around, while those who deal with flash based storage might have a slew of SanDisk memory cards lying around somewhere. Well, we are pleased to announce that both Western Digital as well as SanDisk have come together to deliver what they deem to be the world’s thinnest 2.5” Solid State hybrid drive that features best-in-class flash memory technology from SanDisk in addition to best-in-class hard drive technology from Western Digital.

SanDisk would be the supplier of a SanDisk iSSD storage device for the Western Digital Black solid state hybrid drive (SSHD), where it makes use of both Western Digital proprietary hybrid technology and industry standard SATA IO technology. The SanDisk iSSD is there to bring about an elegant balance of performance, low power consumption, cost, reliability, and a compact form factor to this SSHD. In a nutshell, customers will not only get to enjoy ample storage space, but they do not have to sacrifice in terms of style, either.

Kevin Conley, senior vice president and general manager of client storage solutions at SanDisk, said, “I am delighted for SanDisk to team up with WD on these exciting new hybrid products. By combining SanDisk’s unparalleled flash memory expertise and technology with the hard drive know-how of WD, WD Black SSHDs offer outstanding hard drive-like capacity, and the slim form factor and the level of performance that you will only get with flash memory solutions.”

It is said that WD Black SSHDs rely on WD hybrid technology which will blend responsive, intelligent flash memory technology from SanDisk alongside high capacity hard drives from WD, and this particularly powerful combination would greatly improve the PC user experience, where in the end it allows both high capacity and a higher level of performance compared to traditional hard disk drives, and among these characteristics include an increased speed, instant-on and faster application launching.