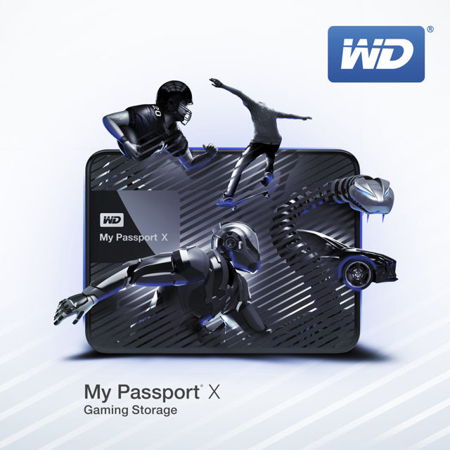 The name Western Digital should not come across as strange to many of you out there – in fact, the company has rolled out a fair number of hard drives – internal or external, over the years, to show you that they have the relevant capability and capacity to offer quality products without breaking the bank. Having said that, Western Digital has just announced the release of the My Passport X portable hard drive which will specially target gamers, now how about that?

The My Passport X portable hard drive, when hooked up to the Xbox One or a PC, will deliver a whopping 2TB of additional storage space – which is much needed in the world of modern day console gaming, so that you should not run into any problems when it comes to stashing another 50 more game titles, while doing away with the need of deleting previously purchased games from their Xbox One or PC hard drives, as well as consigning those pesky “storage full” warning messages to the history books – so that gamers will be able to get back to what they do best – game.

Other than the additional storage space, gamers too, will be able to make use of the My Passport X in order to carry their saved games to use on friends’ systems, all without having to go through the hassle of download it. Taking into consideration how game file sizes have grown to 36GB per game and upwards on average, with no signs of getting smaller, the My Passport X portable hard drive does offer a fast and easy method to expand capacity and enables an expanded library of games on the go.