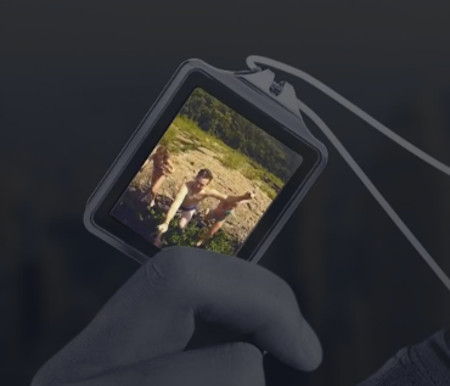 When it comes to wearable technology, there are many different kinds of modules and functions that are in the market. Fitness wearable sensors happen to be extremely popular as they keep track of your movement and number of calories burned throughout the day, but how about bringing together the wonders of social media and wearable technology? This is what SAY is all about, touted to be the world’s first wearable social media platform. SAY intends to appeal to a new generation of consumers who are on the lookout to to express themselves outwardly and engage the world around them.

SAY intends to disrupt the wearables market as they offer consumers the first platform that is “turning the screen around” in order to bridge their physical and digital worlds. This is made possible as SAY connects users with their favorite social media, artists, and influencers via an easy-to-use mobile app.

Being a Kickstarter project, the release of SAY is not a foregone conclusion yet, although it does seem in all probability that it will be possible. SAY devices are connected wearables that sport an outwards facing color display, which have been embedded into compatible fashionable accessories and will remain connected via Bluetooth to the SAY App.

Users are able to create or import videos via the app, wear them on their connected SAY device to “SAY, Wear, Share”. Brands, celebrities and influencers are then able to engage with their fans and followers alike by creating their own SAY media channels. These SAY media channels can be subscribed by users to obtain content from, as it allows the wide range of opportunities for marketers, developers and designers to build exciting experiences.

Right now, SAY is available for pre-order and early bird prices can still be secured via the SAY website if you are interested, with the Kickstarter campaign kicking off later next month.