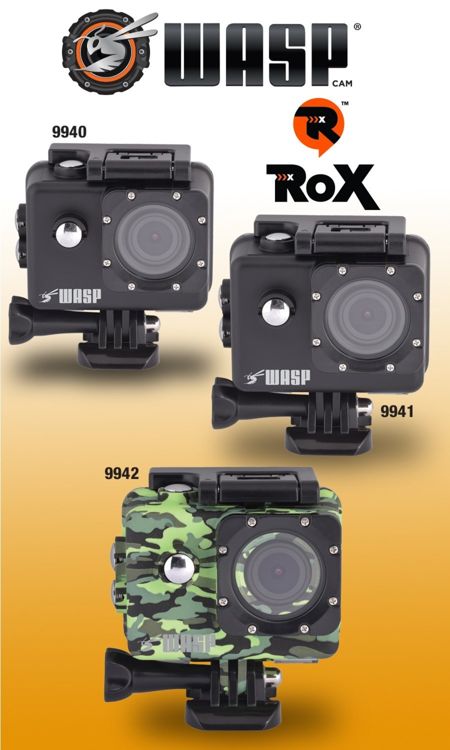 Most of the time, when we think about action cameras, the first name that comes into most people’s minds would be GoPro. The company has certainly done well enough for themselves to deliver a high quality action camera that is more than able to handle just about anything and everything that you throw at it. Well, what about the other folks who are unable to fork out that kind of money in the first place? It is a good thing then that we have the likes of WASPcam, delivering high performance yet affordable HD action cameras in the form of the new ROX series.

The ROX Series will boast of three new cameras, namely the ROX 9940 HD, the ROX 9941 4K and the ROX 9942 CAMO. The ROX 9940 will come with Full HD video recording up to 1080p resolution, whereas the ROX 9941 and ROX 9942 models take the next logical step in the right direction — by delivering 4K resolution. The ROX 9940 and 9941 models will arrive in a sleek matte black, waterproof case so that you can shoot seemingly impossible shots while looking good doing so.

As for the ROX 9942, it has been outfitted with a camo case that makes it perfect for the outdoorsman. Regardless of which particular model out of the three that you pick, all of them will come with integrated Wi-Fi connectivity to hook up to corresponding apps, and all of them are also more than happy to enjoy some time underwater — as long as it does not go beyond the 98 feet deep mark with the accompanying waterproof case. The ROX series will retail for $99.99 when it comes to the ROX 9940 HD, $129.99 for the ROX 9941 4K while the ROX 9442 CAMO will cost $139.99.