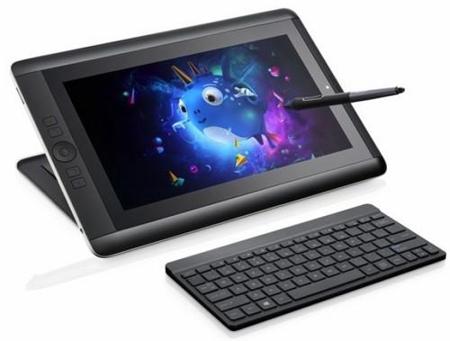 Are you a digital artist who has long used a digital tablet to get your work done? Well, new models do not exactly spring up like the smartphone industry, but this does not mean that digital creative tablets are a stagnant market. Wacom has just released two more additions to the Cintiq Companion range, where regardless of which model you select, the creative professional in you will be able to work at just about wherever you want. The Cintiq Companion will run on Windows 8 and full versions of creative software, delivering just about everything that you would expect from Wacom’s Cintiq products. As for the other model, the Cintiq Companion Hybrid, it would come in the form of a traditional Cintiq when hooked up to a Mac or PC, but will function as an Android-powered tablet when you decide to use it as a standalone mobile device.

Regardless of the model that you pick, they will deliver a distinct Cintiq experience. Let us take a closer look at the Cintiq Companion first – it delivers support for creative freedom by offering everything required for productive art and design work, never mind if you are in a studio or out on the road. This is a fully-fledged Windows 8 tablet by all means, running on a 3rd generation Intel Core processor and Intel HD Graphics 4000, and you can choose from two models – one with 8GB RAM and a 256GB SSD with Windows 8, while the other has a similar amount of RAM, although the SSD storage capacity has been doubled to hit 512GB SSD alongside Windows 8 Pro in tow.

As for the Cintiq Companion Hybrid, this has been described to be a digital sketchpad on the go, empowering illustrators and designers who want to draw, sketch and paint even when they are up and about. The Cintiq Companion Hybrid would work as a traditional Cintiq when it is hooked up to a Mac or PC, but when you unplug it, it is the ideal Android-powered tablet, sporting a powerful Nvidia Tegra 4 processor, Android Jelly Bean as the operating system of choice, and of course, specially designed software including the new Wacom Creative Canvas. Again, there will be two versions available at your disposal, the 16GB model and a 32GB model.