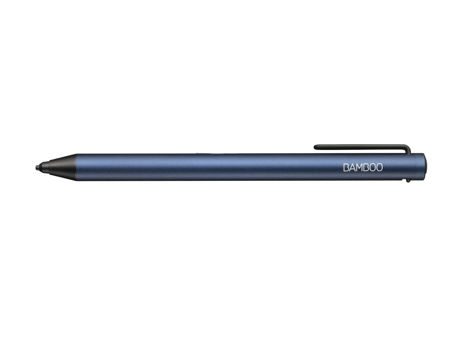 As smartphones have grown in size over the years, so has its functionality. Note-taking used to be done on paper, while in electronic form, it took the personal digital assistant (PDA) craze to see things move forward. The modern day smartphones come with ever larger displays, making them double up as a decent digital note taker, which makes a stylus far more useful than it would have been on a 3.5” screen. Wacom’s expertise with styli for such devices continues in the form of the Wacom Bamboo Tip, but with a very interesting caveat. The Bamboo Tip is an all-new fine-tip stylus that will cater for both Android and iOS-powered devices, now how about that for inter-platform compatibility?

Virtually targeting anyone and everyone who relies on digital note-taking and works across a wide range of different devices to get things done, the Bamboo Tip scoffs at compatibility and pairing issues. Delivering a quick and intuitive experience across multiple devices, it has been specially designed for writing on Android, iPhone and iPad devices. In fact, it works so seamlessly, you are able to switch between the devices without having to go through the pairing process.

Imagine jumping from device to device quickly without having to wait for the device and stylus to pair. A typical example would be taking down notes on the iPhone, followed by sketching them out on an iPad. Once done, you might want to discuss some of your ideas with a colleague who is a die-hard Android fan, hence you redraw your ideas on their Android-powered device right on the spot.

The Bamboo Tip will be equipped with a durable and comfortable to touch anodized aluminum surface, arriving in an elegant shade of dark blue and accompanied by a sturdy clip. It has a 20-hour battery life and will charge up easily, making it a snap to tote around and use for an entire day’s work without having to worry about it running out of juice and stumping your productivity. Expect to fork out $49.95 a pop for the Bamboo Tip.