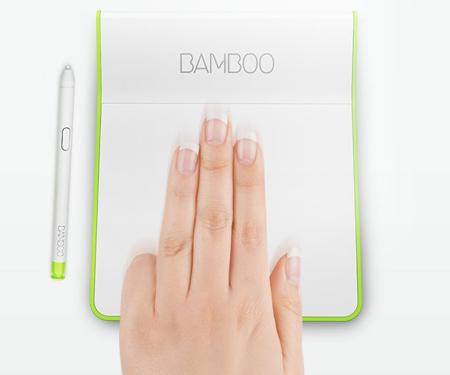 We took a closer look at two second generation styli from Wacom yesterday, and here we are with yet another offering from the folks over at Wacom in the form of the Wacom Bamboo Pad. This is no ordinary tablet from Wacom, as it will feature support for navigation gestures in addition to its bread and butter, which happen to be drawing and handwriting capabilities. The moment you plug a Wacom Bamboo Pad into your Windows 8 or Windows 7-powered computer, the Bamboo Pad would be able to serve up an authentic and more natural navigation experience right on the spot.

Wacom would see it as an insult if one were to just describe the Bamboo Pad as a yet another touch pad in the market, as it does far more than that. Folks who have a penchant to throw in a personal signature, a drawing or some handwritten comments to their documents are able to enjoy the Wacom Bamboo Pad in a whole new way. It does not matter if you are proverbially chained to your desk for long hours on end, the Bamboo Pad’s ultra-slim form factor would pave the way for a comfortable user experience even through the entire day.

If one were to compare the Bamboo Pad to a standard computer mouse, the Bamboo Pad offers natural feeling multi-touch gestures, especially when you are using Windows 8. Not only that, communication would end up to be even more visual oriented and fun as well, as you can throw in snippets of your own personality such as adding sketches, drawings or handwriting with the included stylus.

How about Mac users? Windows 7 and Windows 8 users just need to plug in the Bamboo Pad in order to activate the device, but Apple computer owners running on MacOS 10.7 or later will first need to install a driver that can be downloaded via the Wacom support website. The Wacom Bamboo Pad would arrive in wired and wireless versions, retailing for $49 and $79, respectively.