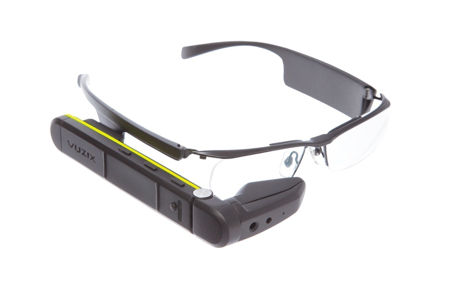 First, we did hear of Polar having made their entry as part of the GoPro Developer Program, and here we are with word that the folks over at Vuzix Corporation, too, are also keen on jumping aboard the GoPro Developer Program bandwagon. Vuzix, the leading supplier of video eyewear and smart glasses products in the consumer, enterprise and entertainment markets, have decided that it would be in the company’s favor in order to be one of the first developers to have access to the GoPro Developer Program toolkits. GoPro happens to roll out wearable cameras so that regular folks are able to deliver some of the most immersive and engaging content available. Having said that, Vuzix has developed the capability to connect its wearable Smart Glasses devices with GoPro cameras in order for the user to enjoy complete hands-free viewfinder and control capability.

Wireless connection with Vuzix Smart Glasses will be able to facilitate a natural, hands-free interactive user experience thanks to the GoPro. With the crisp, high resolution display of Vuzix’ M300, it offers an ideal viewfinder in order to capture the rich, high definition content of GoPro cameras. Control of the camera is achieved through the M300’s advanced speech recognition capability, which then facilitates unencumbered hands-free operation of the GoPro.

Vuzix intends to make use of its Smart Glasses remote viewfinder and control of GoPro cameras in professional and high end video production. Videographers will then be able to access GoPro camera feeds and remote control for hands-free direction of multiple cameras. GoPro cameras happen to be the ideal video sources for point of view and inaccessible camera locations, and control of these cameras from Vuzix Smart Glasses would then provide filmmakers with access to them – simultaneously while operating the primary camera or other equipment.

This is definitely a step in the right direction when it comes to integration of various devices in the world of wearable technology.