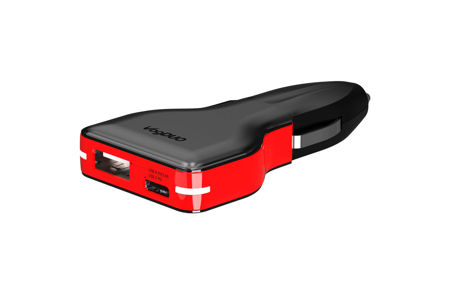 The modern day person does have his or her fair share of gadgets to bring about no matter where they go. The smartphone is considered to be a staple item for many, while others might carry around a tablet to be more productive while one is on-the-move, in addition to perhaps a gaming console like Nintendo’s Switch that lets you play right in front of a TV screen and remove it if you would like to continue your gaming session when you’re out somewhere else. The cigarette lighter port in vehicles have never proved to be more useful for this generation than ever before, as it has been used to host a USB car charger that will provide a lifeline for dying batteries in mobile devices, and this is where the VogDUO Charger Go Ultra Slim USB-C Car Charger comes in.

Such an offering from VogDUO is very difficult to go unnoticed, taking into consideration its design language that is so sleek, you might think it hails from outer space. Sporting a half inch thin form factor, it is no slouch in terms of performance, delivering a whopping 57 watts of charging and power delivery to USB 3.0 devices, while featuring combo USB-C and USB-A ports.

The Charger Go ensures that the most modern devices riding on USB-C connectivity will be able to be juiced up as quickly as possible, while having room to spare for legacy devices that continue to run off a USB-A port. Anyone who is constantly traveling around in a car and owns USB-C laptops or other power-hungry devices such as the Nintendo Switch would definitely be able to appreciate what the Charger Go from VogDUO is able to deliver, providing an ideal solution for a quick and easy method to charge such devices each time they are in the car. Extremely affordable at $14.99 a pop, the Charger Go will be available from April 25, 2018 onwards.