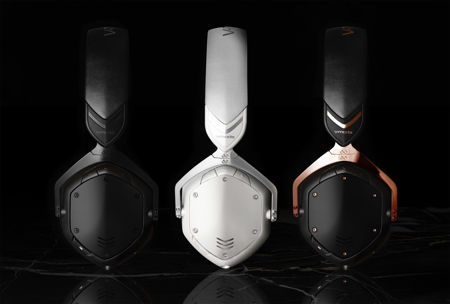 V-Moda has always been synonymous with top notch high-fidelity audio devices, and the company has just announced the release of its brand new Crossfade 2 Wireless Codex Edition headphones. It does not matter whether you are a general consumer or a demanding audiophile who would like to enjoy professional grade audio quality, this pair of headphones will be able to satisfy a wide range of customers. In fact, the ante is raised even further as it boasts of three audio codecs that will improve wireless audio quality as well as universal compatibility: Qualcomm aptX, AAC and SBC, with the discerning customer being able to pick from Matte Black, Matte White and Rose Gold shades.

Are codecs the new cables in the industry? V-Moda thinks so, where the Crossfade 2 Wireless Codex Edition will attempt to bridge the gap between the sound quality of wireless and wired playback after looking into how Bluetooth audio quality is defined by the algorithm codec and bitrate against the version. This means audio quality is not compromised when one wants to enjoy the convenience of Bluetooth connectivity.

This pair of Codex Edition headphones will boast of Qualcomm aptX for CD sound quality via Bluetooth when it works alongside higher-end Android and MacOS sources. Apart from that, Advanced Audio Codec (AAC) ensures best sound performance on iOS, with the Sub-Band Codec (SBC) targeting universal compatibility when a particular device does not support aptX and AAC codecs. The headphone audio codec in-use will perform adjustments by itself according to the paired device, and should a particular device be compatible with more than a single codec, users have the choice to select the one that they would like to enjoy.

With an asking price of €350 apiece, the Crossfade 2 Wireless Codex Edition will be made available worldwide within the coming two months at most.