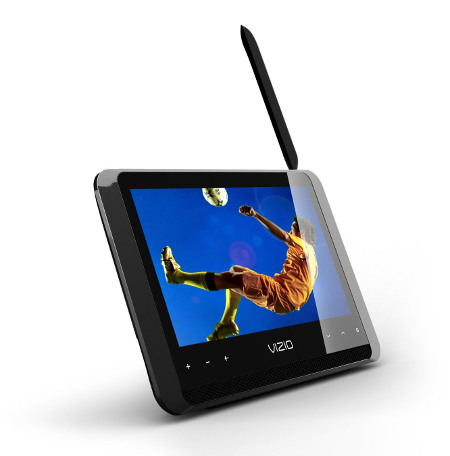 Vizio has managed to climb above its rivals in the US by being the top LCD HDTV company there through the potent combination of affordable pricing and decent technology, being “good enough” to cater to most people, never mind it being shunned by A/V enthusiasts who must have the absolute best. Well, the company recently announced that they will be rolling three more Razor LED models that are extremely slim, measuring no more than 1″ in length, with one of them being full well capable of receiving broadcasts courtesy of its new ATSC-M/H mobile/handheld platform which can operate when you’re on the go – yup, we’re talking about mobile TV here in LED format which ought to elicit a Pavlovian response with you salivating already.

Known as the VMB070, this model will feature a 7″ display which should be more than decent to share whatever show you’re watching with another family member or friend, while those who prefer something larger can always settle for the 9″ VMB090 has a 9″. As for folks who want the largest in everything, they can get an additional inch of viewing real estate with the 10′ VMB100. All three models are touted to hit the maret later this year, where the VMB070, VMB090 and VMB100 being slapped with sticker prices of $149.99, $199.99, and $229.99, respectively.

Of course, you would do well to research on whether the place you’re staying at supports the such broadcasts before making a purchase. Both the VMB090 and VMB100 are able to receive the new ATSC-M/H signals courtesy of an integrated antenna, which makes it less unsightly and removing the risk of an external antenna breaking in two. This new standard also allows local broadcasters to deliver over the air signals which can be received via mobile video devices including cellphones, portable media players, notebooks, personal navigation devices and automobile-based infotainment systems. What is your entertainment device of choice whenever you hit the road?