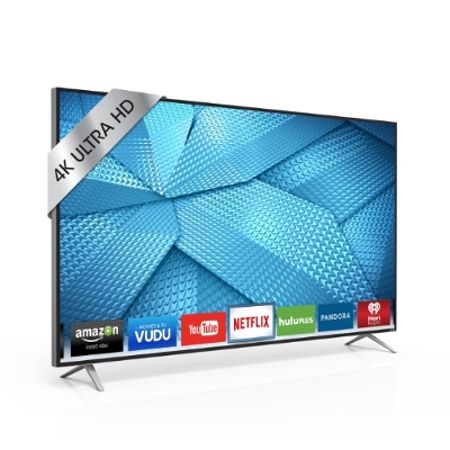 Vizio has dabbled with living room appliances and devices before such as the 5.1 Sound Bar System, but it looks as though they have upped the ante with the new range of M-Series of Ultra HD Smart TVs. Yes sir, we are talking about a totally new collection of Smart TVs that will be able to offer superior image quality alongside upscaled and native Ultra HD content – without breaking the bank, too, thanks to a starting price point of just $599.99 for the “entry level” model among them.

It does make sense, actually, especially when you take into consideration how Vizio happens to be the top Smart TV company in the U.S., and the announcement of its second Ultra HD line-up is cause for excitement. The all new 2015 M-Series Ultra HD Full-Array LED Smart TV collection will feature various screen sizes to suit every budget, ranging from 43″ and going all the way to 80″, where users too, will be able to enjoy stunning picture quality and access to several Ultra HD streaming apps along the way.

There is also a Spatial Scaling Engine which will be able to upscale lower resolution content to near 4K Ultra HD picture resolution, in addition to Full-Array LED backlighting with up to 32 Active LED Zones, and up to Clear Action 720, where they all work in tandem in order to produce a stunningly beautiful Ultra HD experience.