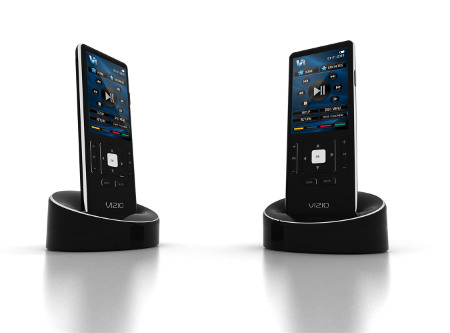 Vizio knows that most home theater enthusiasts would love to accessorize their setup, which is why they have a brand new line up of accessory components that aim to further enhance the performance and installation of their HDTV and HD audio components. First off the blocks would be a wireless HDMI adapter that comes with a 4-port switch that is capable of delivering HD quality video and audio from a variety of source devices including Blu-ray players and set-top boxes to virtually any HDTV sans the need for an HDMI cable. This would come in handy where keeping a neat living room is concerned, as the lack of visible wires also makes it easier to clean the back of your TV rack/mount whenever small colonies of dust bunnies start to congregate.

Apart from that, Vizio also has a new range of extremely slim wall mounts that cater for HDTVs which range from 19″ to 65″ in size, as long as they don’t tip the scales at more than 130 lbs. You get both swivel and tilt capability with these new wall mounts that provides for a more enjoyable viewing experience. To make sure that your senses receive the very best performance possible, Vizio is also offering a new range of premium HDMI cables alongside an environmentally friendly cleaning foam which is capable ofkeeping HDTV displays as well as other electronic components free of dust and scratches.

Last but not least would be Vizio’s two new universal remote controls, where one of them looks as though it is from the future, featuring a 3.5″ LCD touchscreen display with automatic backlight control. Known as the XRT100, it offers digital touchscreen control of VIA-enabled television sets, but also has the ability of functioning with any legacy A/V component which ought to make it all the more attractive for those who have yet to upgrade the rest of their home entertainment system. You won’t be able to enjoy multi-touch control on the 3.5″ LCD touchscreen though, but at least its one-touch controls are more than enough to handle the majority of your home theater system components without missing a beat, alongside the ability to display favorite apps grouped by user or genre.