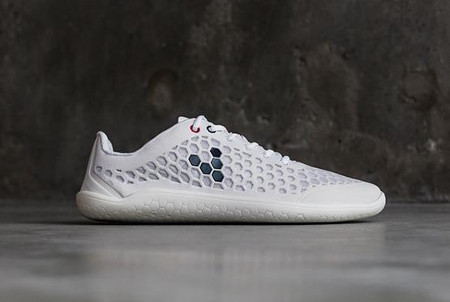 Vivobarefoot has teamed up with Sensoria, bringing together a premier wearable smart technology company alongside that of a shoe company in order to deliver the Vivobarefoot Smart Shoe. This partnership has produced what is deemed to be the very first IoT-enabled shoe in the world that sports an ultra thin sole so that the foot will be able to do its natural thing. From a concept one year back to reality today, this new shoe will feature a single layer of fabric thin pressure sensors which enables users to record natural movement without having to include any additional underfoot padding or interference. The connected barefoot movement shoe will be available for purchase some time in the second quarter of this year.

Boasting of embedded Sensoria technology in the form of the thinnest pressure sensors in the world, it will be localized in the plantar area. Not only that, these sensors will remain detachable, rechargeable and reusable thanks to the Sensoria Core hardware form factor that will go about its work collecting both data and streams on the user’s mobile phone. The connected devices are smart enough to detect forces, ranging from impact score to foot landing and contact time metrics with extreme precision.

Through this unique method of data collection, it will be able to conjure up a step-by-step natural running transition training plan using artificial intelligence technology in order to deliver real-time audio and visual feedback over a mobile app as well as a web dashboard. The system is able to monitor details such as speed, pace, cadence, GPS track, foot landing technique, ground time, impact score and in due time, asymmetry and toe engagement. Both asymmetry and toe engagement are important metrics that will help monitor natural running technique while reducing the risk of injury.

If you are a natural runner and would like to be empowered by real-time feedback in order to run faster, farther and healthier, then the Vivobarefoot Smart Shoe is the right pair to look out for.