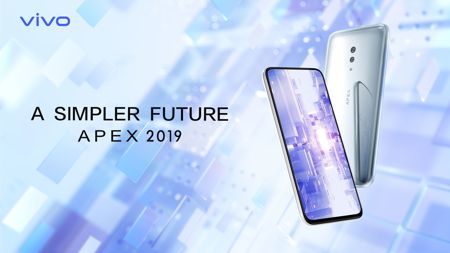 If there is one thing that everyone loves about concepts, it would be the very idea that you can basically think of everything that you would like to include without having to worry about whether it is feasible or possible or not just yet. Enter Vivo’s APEX 2019 concept smartphone that was recently announced. The APEX 2019 is the first 5G smartphone from Vivo that arrives in an elegantly simple and uniquely recognizable design, boasting of a curved surface waterdrop glass without any openings, seams or bezels whatsoever in order to present a minimalist concept.

Aiming to offer consumers a glimpse into the future of smartphone design and development with its super unibody design and Full-Display Fingerprint Scanning technology, such ideas that is possible to be implemented has certainly shown just how far Vivo has come as a smartphone manufacturer. The bezel will soon be a thing of the past with the FullView design, and without a single physical button, it is truly a unique user experience. How then does one turn it on? Well, there is Touch Sense technology that will merge capacitive touch and pressure-sensing capabilities together. Using well designed programming logic and software, the pressure sensors will be able to figure out whenever a user is pressing the frame while the capacitive touch determines its position for added accuracy.

There will no longer be any more USB ports but a MagPort will replace it instead. The MagPort is a magnetic power connector which will enable both charging and data transfer functions, offering a more streamlined user experience. The display itself can also be transformed into a speaker via Body SoundCasting technology, courtesy of its screen vibration function, hence doing away with the need for a speaker grill.

Powered by the Qualcomm Snapdragon 855 chipset with 12GB of RAM and 256GB of internal memory, this 5G handset is certainly drool-worthy. Now we can only sit tight and wait for word of an official release as the concept is realized as well as pricing details when it is officially revealed at MWC later this month.