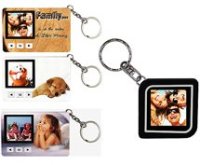 Don’t we all love receiving gifts and presents? After all, it makes us feel loved, and there is that indescribable feeling of tearing open the wrapping paper to discover what we’ve been hankering after all this while sitting there, right in front of us. Unfortunately in this day and age, there are some presents that we receive which could come with a pretty serious defect – imaging getting a new digital photo frame that upon plugging into your computer, results in an attempt infecting the said PC with a virus. Yes, that is actually happening for folks who have received several different models of digital photo frames from retailers like Wal-Mart, Amazon and others. Talk about a blue holiday season!

Among those affected would be recipients of a Mercury 1.5″ Digital Photo keychain from Wal-Mart (it would be prudent to assume the same for those who picked this up from other stores as well) to be purportedly greeted by a virus. Both DPFMate.exe and FEnCodeUnicode.dll files were discovered on some of these Mercury keychains, while Samsung’s SPF-85H 8″ digital photo frame is something like a bad apple – it has been struck by a worm as well. Amazon did fire out an email alerting customers about the Samsung frame a few days before Christmas, with the explanation that the W32.Sality.AE worm will show up in the “SAMSUNG FRAME MANAGER XP VERSION 1.08” software on the installation disc.

This isn’t the first time that it has happened, and it certainly won’t be the last, either. It makes us wonder why would disgruntled workers at companies churning out these devices include malware – can’t they talk it out with their superiors or enlist the help of their union if they need better terms and conditions in their contract? Negatively affecting the holiday mood for everyone else, especially innocent people is not the way one goes about solving things.