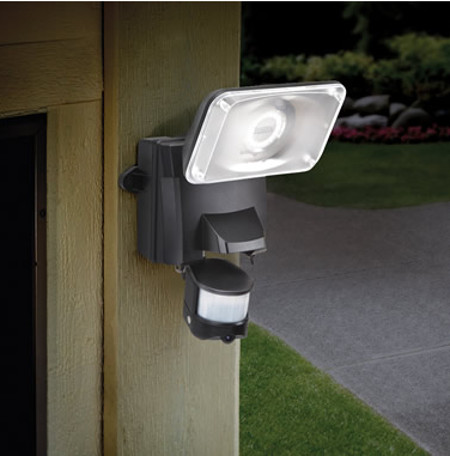 It looks like the world is far from being a safe place these days, but does this mean we should all simply move into a cave and barricade ourselves in it to avoid danger? Who knows, there might be a bear in the cave instead! Having said that, we can always do our bit to gain some added peace of mind with the inclusion of security cameras around the home, as well as added lights. How about merging the functions of both ideas in a single device – that of the $299.95 Video Recording Solar Security Light?

The Video Recording Solar Security Light is a weatherproof video recording security light which will, as its name suggests, is powered by sunlight. Hence, it makes perfect sense to have it mounted on a place where it would be a huge hassle to send electrical power that direction, and yet has plenty of access to the sun. Whenever its motion sensor detects movement from up to 40′ away day or night, it will begins to record video across a 110º angle so that it can track the comings and goings of those who pass beneath. There will be 16 LEDs that bathe the area in 879 lumens of bright white light which can be set to stay on 10-60 seconds after motion ceases. An included 16 GB microSD card is capable of stashing up to four hours of time-stamped video, while the rechargeable batteries offer up to 110 minutes of continuous use and will be juiced up through the solar panel.