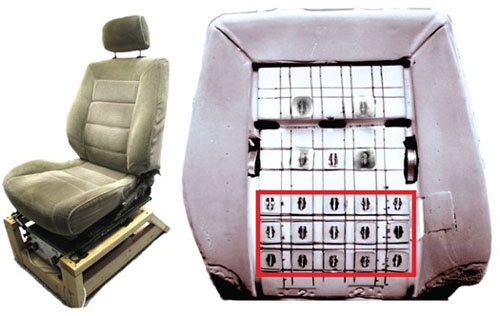 A researcher from Yale University has created car seats that will keep the driver alert and aware of their surroundings.  Instead of giving visual alerts it gives ones by touch.  It’s an interesting concept that may make you feel like you’re playing a video game, but if it helps then it’s worth a try.  Anything is worth cutting down on accidents in an area that is jam packed full of traffic.

It’s done by basically lining the seat with a whole lot of cellphone vibration motors.  When a driver comes up from the left, the left of the seat will start to vibrate more and more the closer the car gets.  In some ways it seems like it might get a little annoying, but I almost think it’d become just like listening to your turn signal.  Eventually you just get used to it.

1 thought on “Vibrating Seats Alert You Of Nearby Cars”