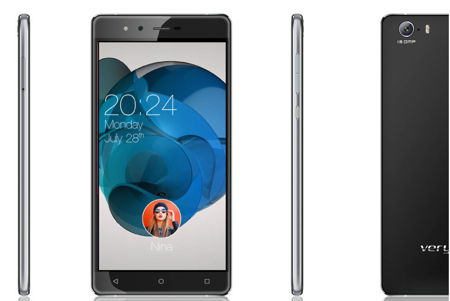 When it comes to smartphones, there are so many different kinds of models out there in the market, so much so that it can be rather difficult to pick and choose if you would like to enjoy a new model from time to time. What if you feel that a smartphone is a bit too small for your use, and yet a tablet is something that you are not too comfortable to use? Perhaps meeting both needs in the middle ground has led to a boom in the phablet industry, and yet another phablet that is ready to hit the market would be the verykool Cyprus LTE phablet, where it will also be known by its model number SL6010.

Thanks to the folks over at InfoSonics Corporation, the verykool Cyprus LTE phablet will be 4G LTE capable as you can tell by its name, and it will arrive in a 6” form factor to boot. The Cyprus LTE is the successor to the popular Cyprus model, and this will be the second generation Cyprus that boasts of a special 2.5 dimensional curved screen, a High Definition display, tempered glass, and front and rear cameras with LED flash, all encased within a uni-body design crafted by a CNC processing technique in order to result in a solid feel and natural curve. Not only that, it comes equipped with five LTE bands, a trio of 3G bands and a quartet of 2G bands, 1GB of RAM, 16GB of internal memory, and is appointed with a flex SIM card tray that will provide you with a choice to stuff in either dual SIM cards, or to have a single SIM card and a microSD memory card instead – expandable up to 64GB of memory, of course.

Those who are interested in picking up this fusion of a tablet and smartphone can do so from Monday onward at $199.90 a pop.