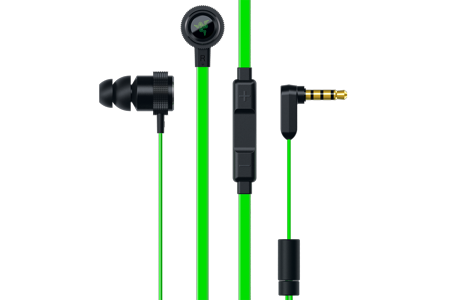 When it comes to headsets and earphones, there are many different kinds of models to choose from, and it all depends on what you are going to use it for. For gamers who would need something that works in a crystal clear manner without any kind of compromise so that they can know what is going on in-game, then the Razer Hammerhead Pro V2 headset and Razer Hammerhead V2 in-ear headphones would be able to do the trick quite well, taking into consideration Razer’s prowess when it comes to gaming peripherals that they have released over the years. .

The all new Razer Hammerhead Pro V2 and Razer Hammerhead V2 will both arrive with an enhanced chassis that is CNC milled out of aircraft-grade aluminum, while flat-style cables make them ideal for mobile gaming and music use. Specially engineered for improved acoustic clarity as well as more powerful bass for which the Razer Hammerhead series is famous for, the in-ear headset and headphone will also come equipped with extra-large 10mm dynamic drivers, which would be a 20 percent increase compared to the earlier generation.

The Razer Hammerhead Pro V2 will boast of a trio of quick-action control buttons on the in-line microphone, which will play nice with both iOS and Android devices. There is also a trio of ear tip sizes to choose from and an optional bi-flange attachment that delivers superior sound isolation, in addition to customizable comfort for increased versatility. Not only that, an included splitter cable enables it to be connected to devices with dedicated audio and microphone jacks.