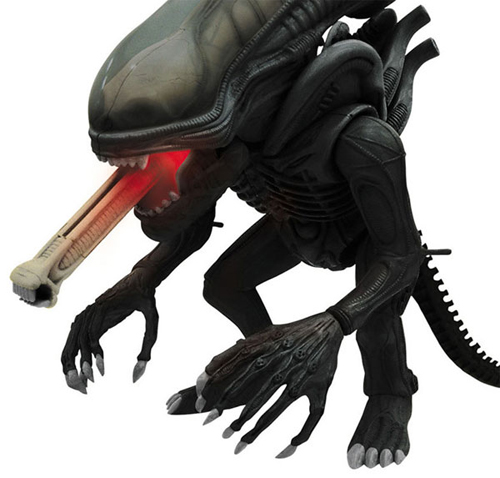 The Christmas season is coming up and nothing says Merry Christmas like a creepy novelty USB gadget.  If you know someone that’s still a huge fan of Alien, this creepy little guy may be pointless, but at least he’s cool.  He does actually do a few tricks after he’s plugged into your computer, but he doesn’t actually store any of your data.

The miniature alien plugs into your USB port, not to transfer data, but to make it look even more spooky.  As soon as it’s plugged in through the tail, the mouth pops open and spits out the creepy alien tongue.  The mouth also lights up to a nice bright red.  Then after it’s plugged in, it will just at random do the same process all over again.  At the very least it’ll keep you on your toes.  Once it’s released early to mid December it’ll cost you 3,990 JPY or about $44 through Strapya World.