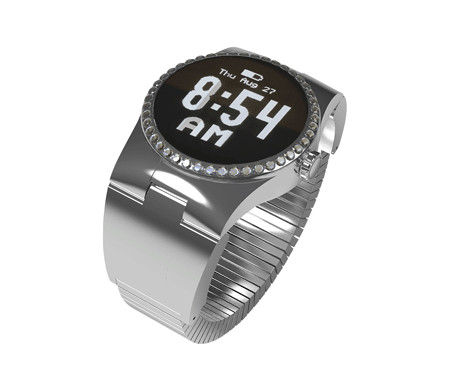 It looks like owning a watch alone these days is not quite enough, as one might want to go the extra mile and actually bring home a smartwatch to tell the time. After all, a smartwatch works great in the sense where you are able to tell the time – and then some, ranging from being notified of incoming emails and text messages as well as phone calls, to changing the face of the smartwatch to suit whatever you are wearing on that particular day, among others. Of course, it does help a whole lot that the smartwatches of today look far more elegant and modern than ever before. UnaliWar’s version of the smartwatch is known as the Kanega, and for a smartwatch to be just that, having an Internet connection is crucial, and the Kanega will hook up with AT&T for connectivity.

Basically, the Kanega watch is a go-everywhere unobtrusive wearable that has been specially designed for those who are not only independent but vulnerable as well. Why do we say this? Well, for starters, the Kanega watch will come with discrete support for falls, medication reminders, as well as a guard against wandering with guide me home assistance.

The UnaliWear Kanega watch has that refined and elegant look which is similar to that of a traditional watch, and it makes use of an easy speech interface as opposed to buttons or touch screens that could prove to be rather confusing to seniors. Not only that, it will be able to learn of the wearer’s lifestyle to provide predictive, pre-emptive support, ranging from directions to get home home or notification of gait or speech changes that may be signs of a medical problem such as stroke so that early intervention can be taken to minimise any amount of health issues. It is also waterproof (up to 3 ATM), allowing this timepiece to be worn in the shower, bath or a water aerobics class.