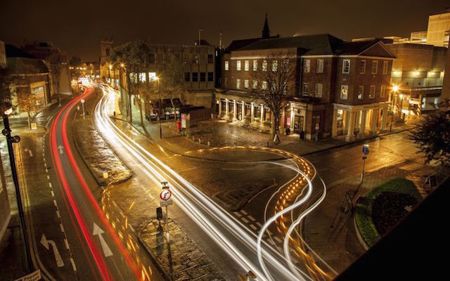 Driving an electric car can be quite an unbeatable feeling – you know that you are not burning fossil fuel, which means you are doing your bit for the environment, not to mention that so far, all electric cars that we have seen to date happen to be real sleek in the design department, and you can be sure that they certainly look out of this world, or at least boast of a design that should last for quite a while before there is even a hint of obsolescence. Having said that, electric cars have one drawback – what happens when you need to go long distance, and there is no compatible power outlet along the way? It looks like this is an issue that Britain is prepared to tackle, as the country is working on a solution that might actually juice up your ride as you drive.

It is said that some time later this year, Highways England are prepared to come up with an experimental road that is able to juice up battery-powered cars – all without the need for wires being attached to the car, of course. Initial off-road trials will see electric and hybrid engine vehicles that have been fitted with wireless charging capabilities to move around, where they will be actively charged by equipment that have been specially built underneath the road surface.

In other words, these electric cars no longer have to make a pit stop before they juice up their batteries on a long journey in particular. Should the trial end up as a resounding success, then this technology is said to be able to be installed on motorways as well as on major A roads, although I can imagine the kind of hassle that motorists will need to put up with over the years as all major A roads are “renovated” or revamped to include these wireless charging capabilities underneath them. All in all, it does sound like a win for everyone, for sure!