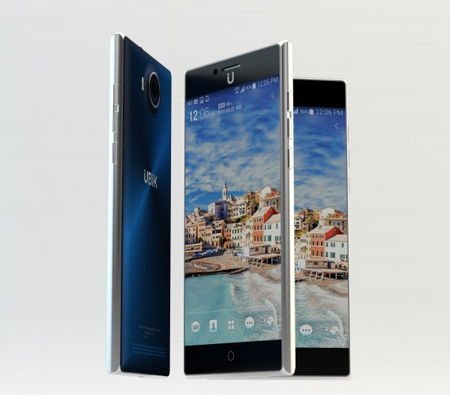 It is not too frequent that we see a new smartphone being made available on Kickstarter as part of a plan to pick up enough funds for a launch. Having said that, here we are with UBIK and their UNO, touting it to be a flagship device and yet having a relatively affordable price point. I know right, it sounds pretty much like an oxymoron, but here we are anyway.

The UBIK UNO is said to include a 5.5” IPS Full HD display (1920 x 1080) that makes use of Gorilla Glass 3 in order to provide protection against everyday usage from dings and scratches. Apart from that, it will also make use of the latest 2.2 GHz MediaTek Octa-core processor (MK6795) that will be accompanied by 3GB of RAM, with the UBIK UNO also supporting 4G LTE (GSM only) so that you can enjoy one of the fastest speeds around when it comes to surfing the Internet whenever you are on the move.

As for the other hardware specifications, the UBIK UNO will come with a 20 Megapixel (MP) autofocus rear camera as well as a 5MP front camera with fixed focus, where the latter ought to be able to capture some really nice looking selfies without too much effort at all. The rear camera will boast of half a dozen physical lenses, allowing it to capture some really amazing pictures, never mind if you happen to be in a low light condition, thanks to its fast f/2.2 aperture. Users are able to snap amazing Cinema 4K (4096×2160) video footage at 30 fps, Full HD 1080p video at 60 fps or 720p footage at 120 fps for capturing life in slow-motion.

Thanks to the new Fast Charging Technology that is part of the UBIK UNO, the phone’s 3100 mAH battery will be able to charge up in half the time, so that users will have to spend less time connected to an outlet, and more time being connected to the people that they care about. Android Lollipop 5.1 is the operating system of choice, and other features include NFC, Bluetooth 4.0 connectivity, 16GB of internal memory and a microSD memory card slot. Prices start from $280 onward for the first 250 backers.