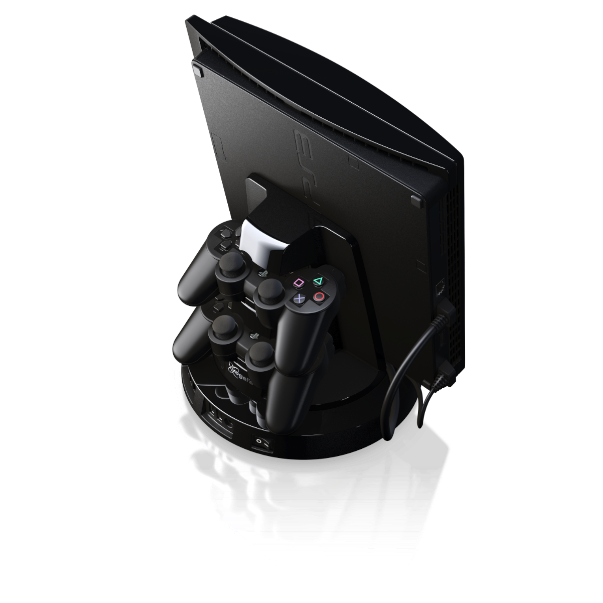 There were many video game accessories at E3, and one of the most useful I saw was the Twistdock for the PS3.

Twistdock is able to solve a problem that most gamers have when it comes to video game clutter. All video game systems require the unit to be visible, but only the slot is really used after it is installed. The Twistdock keeps it out of the way, and its Lazy Susan spinning mechanism allows for easy access to the back ports.

The Twistdock is also a convenient place to charge the controllers. The user must put some adapters on the controllers, and they stack up nicely in the back. Indicator lights on the front of the unit show that it is charging, and glow green when fully charged.

The Twistdock is also designed to connect to the user’s Playstation via USB, and then attach to the wall outlet. It has an on/off switch for powering down it all, and gives the user access to much more USB ports than ever before.

I spoke to the company at E3, and I hope to see more versions of it for all consoles. They could have one for the Wii, Xbox 360, and maybe a Twistdock that does all three. I think that last one might have been my suggestion.

Perhaps in the future. In the meantime, the Twistdock for the PS3 will be available in summer 2010 with Q4 availability in the United States.