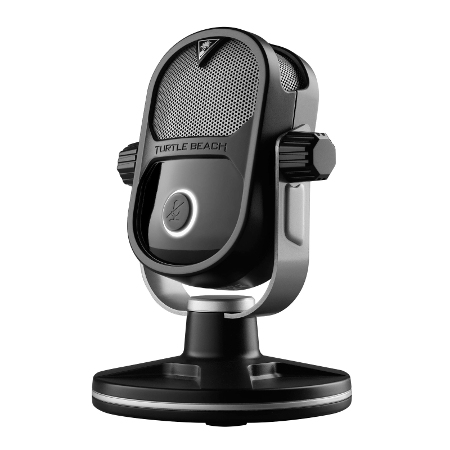 If you are a gamer, you would know that going solo is just so 1980s and 1990s. In fact, before the Internet became the norm for the masses, multiplayer gaming was relegated to the “hot seat” concept or perhaps a split screen on the TV — although LAN connectivity did make multiplayer gaming a whole lot more interactive and fun. Having said that, multiplayer gaming has evolved to such a level where you will need to communicate with your team members in a match or raid in order to achieve maximum effectiveness, and typing out commands is just not good enough. Voice commands are the way to go, and Turtle Beach has stepped up with the all new Stream Mic.

The latest Stream Mic from Turtle Beach will certainly keep gamers happy — and content creators, too. This is touted to be the first-of-its-kind professional-quality desktop microphone which has been specially developed for gamers who would like to livestream from their consoles. Livestreaming has now gained quite a huge presence in the entertainment world, where content creators do a whole lot of active livestreaming — ranging from competitive matches to video walkthroughs and tutorials on Twitch, MLG.tv and YouTube.

It will even come with adaptive mic patterns with TruSpeak technology, where it delivers high definition voice pick-up from both tabletop and boom mounted positions in order to provide exceptional clarity. This happens regardless of whether the mic is stand-mounted beneath, or if it is placed on a surface near the user.

The Stream Mic allows both gamer and content creator groups to livestream with professional quality audio straight from their Xbox One, not to forget the PS4 Pro and PS4, PC and Mac platforms too, courtesy of the universal plug-and-play compatibility. The asking price stands at $99.95 a pop, and is already available today.