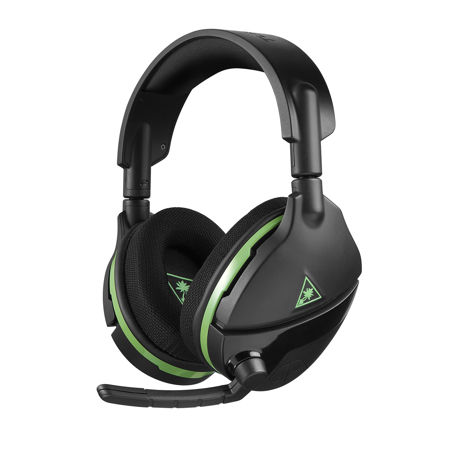 With the name Turtle Beach in the picture, you can be sure that your ears will be treated to high quality game as well as chat audio. This is crucial when it comes to high stakes situations, where the clearest form of communication is always the ultimate aim, especially when it comes to a team game. The all-new Stealth 600 wireless surround sound headset will be compatible with the entire Xbox One family: the Xbox One, Xbox One S, and Xbox One X. It has been specially optimized to deliver immersive Windows Sonic surround sound (Windows Sonic Surround Sound happens to be Xbox One’s feature that touts to offer immersive virtual surround sound so that everything: movies, games, and music, will sound more true to life than ever before) as well as crystal clear chat via large, powerful 50mm speakers, while arriving alongside a new flip-up version of Turtle Beach’s renowned high-sensitivity microphone.

Not only that, there is the special ProSpecs Glasses Friendly and comfort-driven design which will keep company the exclusive Superhuman Hearing sound setting, ensuring that players will always have that competitive edge over their opponents in terms of hardware in a game.

There will only be limited quantities of the Stealth 600 being made available in the US, so make a beeline for it while supplies last!