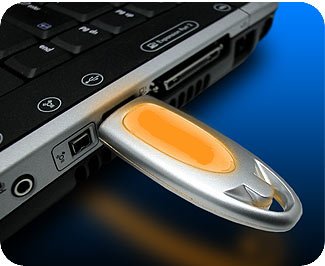 Having mentioned the great possibilities of the USB flash in the past, it saddens me to say that there are those of a devious nature that have also seen the potential of the fabulous flash. It appears that USB flash drive are being loaded some pretty nasty yet effective software which will allow a trojan to to downloaded onto your computer and thus enable the software to launch an attack on your computer from the inside.

Russia appears to be the trojan heartland with code being written up and sold via Russian language websites for a cost of around $2,000 to $5,000 per piece, this is particularly written with a view of getting banking details and then stealing the money, it all boils down to cash.

Worst of all is that they have found a simple and effective way of infecting unsuspecting computer owners and it goes like this.

You are walking down the street and you find a USB flash on the floor, pick it up and you go off home. After thinking about it for a while you decide to have a look at what is on there, you have now been caught hook, line and sinker. The USB device had a trojan program stored on it and you have just installed it onto your computer.

Sounds frightening? Well this is true, because a flash drive was found in a car park in London, and this did indeed have a trojan stored on it, it was designed to collect the users login details for banking and other personal data, no emails and no warning.

There is an on going investigation, which means more details are a little slim on the ground, but we await further news with interest.