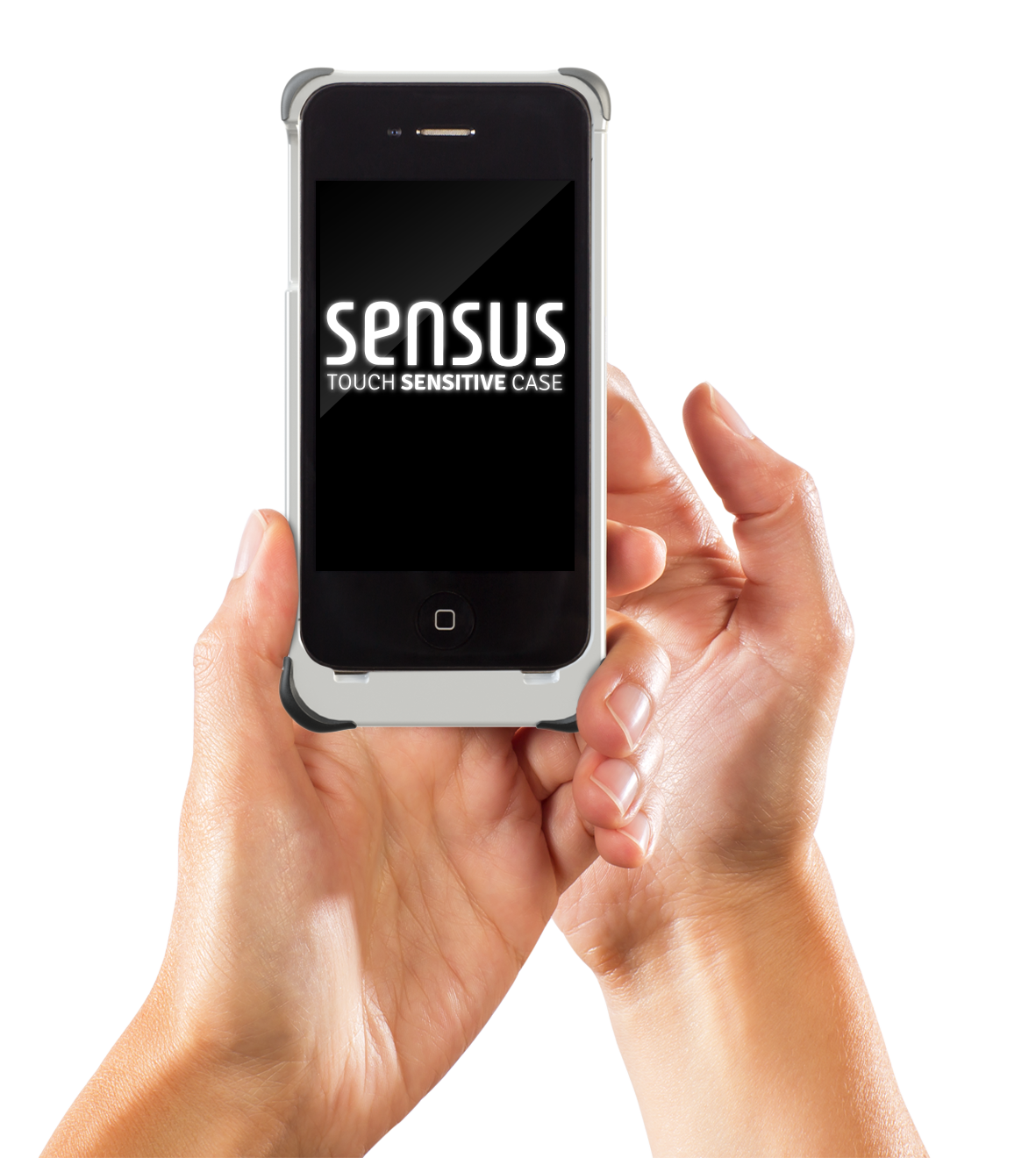 When will smartphones read our minds?! I don’t know about you but sometimes I think “touching the screen is too much hassle.” Sure it is lazy, but you know the day will come. So what happens in the meantime? A Minneapolis-based company wants to bring us closer to the future of further interaction with our phones thanks to touch.

Written about in the Fall, showed off at CES and shipping in the Summer is the Sensus™ iPhone case from Canopy. Though it looks ordinary, this is an extraordinary case. Technology of touch sensitivity makes Sensus stand out. Put the case on your iPhone 4, 4S or 5 (iPad Mini and iPod Touch g5 in the works). The back side and right edge become touch-sensitive, enabling ten touch responses. Screen space is valuable, so rather than letting buttons take up the screen use your case to log an action. Gamers get enhanced control, scrolling while reading won’t take up screen space and easily zoom without mucking up the screen. There are plenty more functions as you get to know the case. How does it work? The built in touch sensors sync with a their app or with specific compatible apps as they become available. Yes, developers may visit the site to register for the development kit. No, you cannot control the phones basic features like dialing numbers. But hey, can’t have it all. You won’t sacrifice safety as Sensus’ industrial design protects your phone TOO. Sensus is expected to retail for $59-$99. Sign up on their site to receive updates and be the first kid on the block to enjoy touch-sensitive case technology for your iOS device.