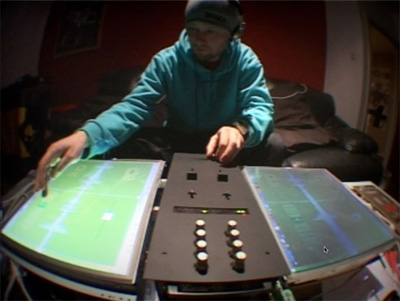 Many times the first people to utilize a new technology are in the entertainment industry. Companies figure that if their products are seen being used in public by performance figures, consumers will then flock to their stores.

In many cases this might be true, especially with the technology of touch screens. The ATTIGO TT touch screen turntable is one awesome looking piece of gear. And while the number of professional DJs might not be enough to make us go totally crazy for the ATTIGO, it certainly is damn cool.

The ATTIGO is about the same size as a traditional turntable, which makes physical interaction a pretty easy transition for the working DJ. The display removes the computer screen and allows you to interact directly with the music.

Currently the ATTIGO is only a working prototype, but Hobbs is working on getting the device into the public market.