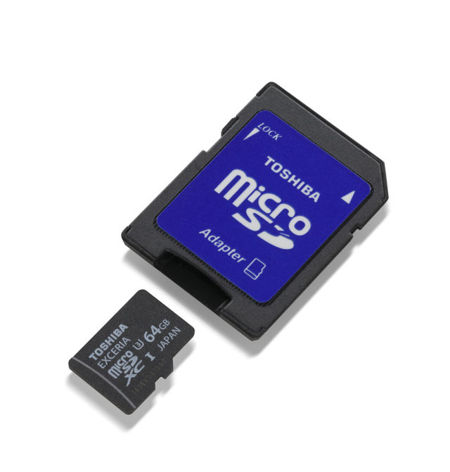 Today’s modern day smartphones and digital cameras, not to mention other mobile devices such as action cameras, tend to rely on expandable memory to store a plethora of captured video and the ilk. The thing is, it can get quite difficult to archive everything recorded properly, and just in case you happen to live out a rough and tumble lifestyle, capturing everything with an action camera, perhaps getting beefier memory cards would do you a whole world of good, especially when it comes to preserving precious memories. Toshiba is an old hand at this, having rolled out high capacity SD cards close to a decade ago, and now we have the new EXCERIA Pro SD and EXCERIA microSD memory cards.

The Toshiba EXCERIA Pro SD and EXCERIA microSD memory cards are a couple of flash storage options which have been specially equipped to unleash a device’s full shooting potential in order to help you capture stunning images and immersive footage. It does not matter if you are a professional DSLR photographer or a high action sports enthusiast, the EXCERIA Pro SD and EXCERIA microSD memory cards will be able to deliver unparalleled performance with excellent read/write rates and ample storage to capture fast-action photos and 4K videos without any kind of lag or delay.

The EXCERIA Pro SD memory card lets professional photographers and videographers to maximize the potential of their UHS-II-enabled high performance cameras, sporting read speeds of up to 260MB/s and write speeds up to 240MB/s, which means it can transfer photos faster than non-UHS II cards.

As for the EXCERIA microSD memory card, it will carry read speeds up to 95MB/s and write speeds up to 60MB/s, being specially designed to target action camera adventurers, videographers, phones and tablets. It is one tough cookie since it is also waterproof and X-ray proof.