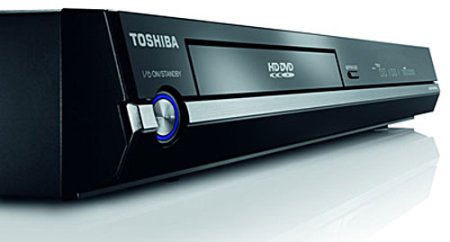 The high definition format war seems to be swinging in favor towards the Blu-ray camp, and you won’t see Toshiba taking this too kindly. After all, they want to uphold their own HD DVD format and have fired a salvo in return by offering a slew of new movie titles that boast Internet connectivity support which can be accessed via second generation HD DVD players. The first of such titles would be the animated Japanese film, Freedom, which was released last week. Don’t get too excited though, as Freedom just allows you to download an additional movie trailer, a change of menu styles, and different subtitles, where the networked HD DVD player will obtain all these information from an online content server.

As for Frank Miller’s dark and gory 300, the HD DVD version will be released at the end of this month and see way more bonuses than Freedom. Viewers will get a strategy game to begin with, as well as the ability to re-edit the movie in a different sequence which can subsequently be uploaded to a server hosted by Warner Bros. themselves. Blood Diamond starring pretty boy Leonardo DiCaprio will come out tomorrow, boasting an online poll as part of the special features.

Sounds pretty much like a gimmick to me, and you’ll be able to access all these via new movie titles and a second generation HD DVD player only. Apparently, Toshiba will be offering this firmware upgrade to existing HD DVD players as well, but I’m not too sure just how much space is required to store all these added features. Make sure your home Internet connection is fast enough to keep track with all the extra high definition content. What do you think of these interactive downloadable content? Will it actually swing more players toward the HD DVD camp, or will people continue to adopt a wait-and-see attitude since Blu-ray also supports such interactivity? I say play safe and stick to DVDs for the moment until the dust settles, or pick up a decent dual-format high definition DVD player.