Who needs Three Mile Island or Chernobyl when you can have dozens, if not hundreds of mini meltdowns in your very own neighborhood? That may be a nightmare scenario which has little basis in fact, but that’s the stigma that Toshiba will have to combat if it wants to see its 200 kilowatt micro nuclear reactor take off. The mini reactor measures 20 feet by 6 feet and is designed to be “fail-safe, totally automatic and will not overheat.” The reactor will have an energy production half life of 20 years and has the promise to make cheap electricity for around a nickel per kilowatt hour.” 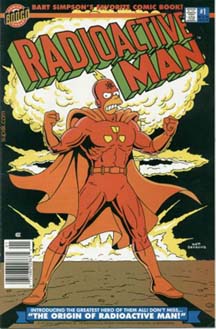 Sadly, though, even if the engineering is solid and the estimates accurate, facts are seldom in line with fears. Anti nuclear forces choose to ignore the nearly 5 decades of safe nuclear operations of US, British and Russian navies all over the world, plus the safe operations of nuclear plants in the U.S. and Europe. Instead, they choose to focus on the dramatic “China syndrome” scenarios brought about by two nuclear plants that failed. As such, there hasn’t been a nuclear power plant built in the U.S. in almost forty years.

But that isn’t stopping Toshiba from plans to them in Japan next year (you gotta love the irony), with the hope is to have these home reactors in the US by 2009.

Besides, with the glow, we won’t need to replace our lightbulbs!