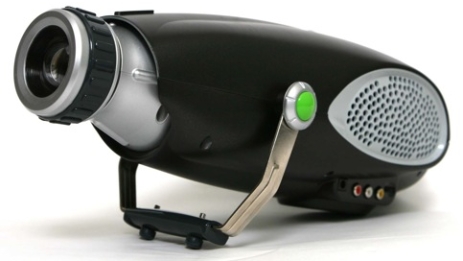 With today’s obsession for high definition television, what’s a kid to do when dad invests thousands into the HDTV in the den, but leaves him with a paltry 20” TV for his room? Particularly when that same kid plays cool video games like Madden Football, Halo or rock out to Guitar Hero. Well, the Torpedo Entertainment Projector may be the very answer for the gadget obsessed kid who wants to not only eliminate enemy badguys, but also enjoy a good hour of Teenage Mutant Ninja Turtles (Ed: do they still show that?) on TV. Costing in the neighborhood of $170, this projector television can project an image six feet high at a resolution of 940×240 resolution. 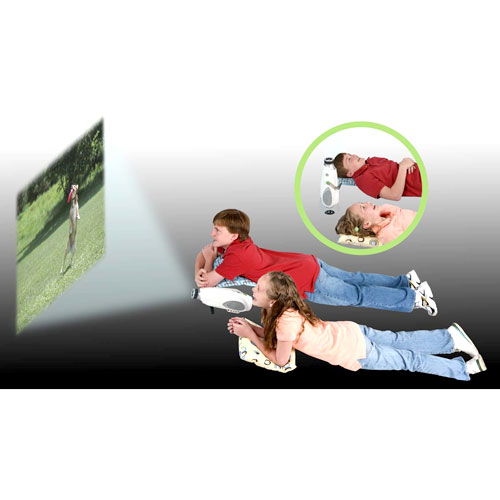 What’s cool though is the 60” image can be displayed from a little over eight feet from the wall surface. Connects to your video or gaming system to create a 60″ diagonal picture when placed 100″ from projection surface. In addition, it comes with standard a/v plugs, built-in speakers, headphone jack and built-in amp. Works with most DVD players, video game consoles, digital cameras, iPod, cable/satellite boxes and even your PC if your video card has standard RCA plugs.

It may not come in HD (yet) but for kids, bigger is always better.

Available at Wal-Mart, Target, or online at Hammacher, and Amazon.com