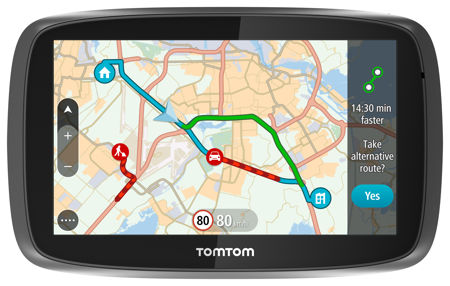 At the height of the GPS navigation craze, you had the likes of TomTom and Magellan make a whole lot of handsome profit, but along the years, as miniaturization improved, and smartphones took over the role of a dedicated GPS navigation device as opposed to the standard standalone model, TomTom had to find a niche for themselves, and it is nice to see that the company continues to thrive even until today with alternative products like the TomTom Runner Cardio GPS Watch. Well, this time around, TomTom will be rolling out Lifetime World Maps and Lifetime Speed Cameras to drivers alongside the new set of TomTom navigation devices.

Lifetime World Maps says it all, doesn’t it? You can basically drive with maps regardless of the country in which you are in at the moment, without having to fork out a single cent – perfect if you happen to be an avid traveler, although do take note that this offer is good not for your entire lifetime, but for the lifetime of your TomTom GO device. As for Lifetime Speed Cameras, those with a lead foot will be able to save more in the long run since you will then have a better idea of where all the speed cameras are located, although do bear in mind that such a service need not necessarily be 100% accurate as the authorities do have their very own style and way of catching speeding motorists unawares.

The new TomTom GO 510, 610, 5100 and 6100 will all arrive with a fully interactive screen that one can pinch, zoom and swipe, making it similar to that of a smartphone or tablet, not to mention boasting of a rather rich user interface to boot, alongside simplified user interaction, 3D Maps and a Click & Go mount. You can also opt from either a 5″ or a 6″ screen size to suit your style.