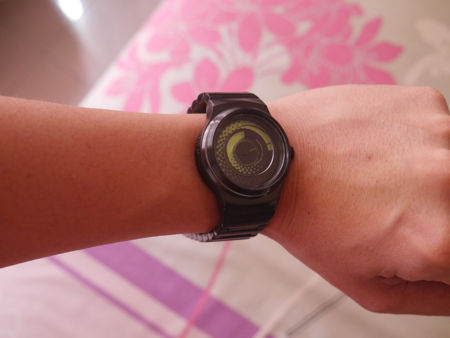 Brandishing a timepiece is not something that we would do every single day, and watches are more or less pretty ordinary looking, regardless of whether you decide to settle for a digital or analog face. Having said that, there are some timepieces out there which would represent the upper scale of things such as Rolexes and Tag Heuers, but what about the working class who would want a reliable timepiece without having to break the bank? I managed to pick up a Tokyoflash Kisai Uzumaki recently that managed to fulfill two criteria of mine – being accurate in its timekeeping, while turning heads whenever I wear it out. 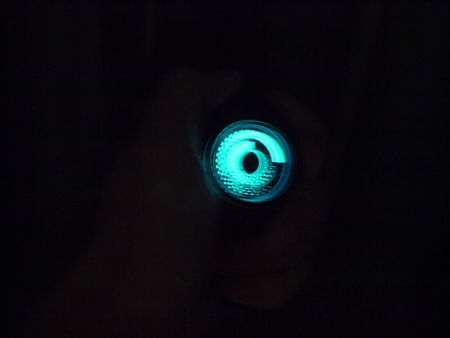 The Tokyoflash Kisai Uzumaki is a truly unique creation, where it sports a unique vortex shaped lens alongside a colorful spiralling display. Need to tell the time when it is dark? Not a problem at all, thanks to the extremely bright EL backlighting that will work as and when the situation calls for it. The Tokyoflash Kisai Uzumaki started off as a fan concept that has gained enough votes in order for it to roll off a production line, where it sports a totally new custom case as well as strap. It will tell the time in the same vein as that of a conventional analog watch, although the spiralling display adds a touch of class and panache.

“Uzumaki” happens to be the Japanese word for whirlpool, which is clearly what this timepiece illustrates as it tells the time. There are colored swirls which point out the time in an analog format, making this one of the easier Tokyoflash pieces to “read”, so to speak, without requiring you to crack your head in order to figure out just what time of the day it is. The hours can be depicted via the outside, while on the inside, you will be able to know just exactly what minute it is. As for the hand of this timepiece, it shows off the exact second for precise timing.

The Tokyoflash Kisai Uzumaki is made out of stainless steel, where you can pick from either black or silver shades, alongside a choice of a blue or green display. The amount of attention given to the Uzumaki’s construction is intense, where the custom curves and brushed surfaces on the case will go a long way in enhancing the vortex theme and the EL backlight. Each time you want to tell the time with the EL backlight on, just press the crown, and for a short moment, a glow will let you do so.

Each time I wear the Tokyoflash Kisai Uzumaki out to a social event, folks are naturally drawn to its custom made acrylic lens that boast of concentric circles which will descend from the edge of the case into the centre of the watch, making it look like that of a whirpool. Some might think that this is a wee bit too thick to look good, but I clearly like the balance between attention and class. It will be powered by standard SR626SW watch batteries that ought to last up to a year before a replacement is required, and adjusting the time is as simple as turning the crown.

This is a limited edition design that ought to make you stand out from the rest of the crowd, and although there is no built-in alarm function, this does not mean you should avoid picking up the Tokyoflash Kisai Uzumaki. Do bear in mind that this is water-resistant, but it is not advisable to wear it while you bathe or go for a swim – at least according to the user manual. Better safe than sorry, I guess, especially when you have to fork out $139 for this puppy. The Tokyoflash Kisai Uzumaki works best in a fun and social setting, and is less appropriate at formal events.