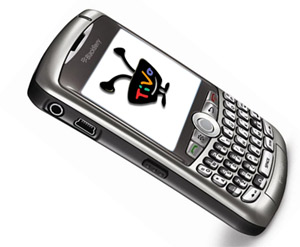 With the aim to allow Blackberry customers to control and watch TiVo content anywhere, Tivo and Research In Motion (RIM) have announced a partnership to bring TiVo services to the BlackBerry. The first step in giving users the ability to watch TiVo on their Blackberry will be that smartphone users will gain the convenience of being able to see what shows are on and schedule television recordings while away. Ultimately, however, TiVo hopes to bring the entire experience to the BlackBerry platform including viewing TiVo content wirelessly from home and perhaps even using future, more advanced BlackBerry models as mobile DVRs.

“TiVo subscribers will soon be able to wirelessly control their TiVo DVRs using a BlackBerry smartphone – anytime, anywhere – and that is a powerful example of how our respective technologies can complement each other to serve our mutual customers,” said Jim Balsillie, Co-CEO of RIM. “As the BlackBerry smartphone continues its evolution as a modern lifestyle device, the importance of home entertainment integration will continue to grow and TiVo will be the key in providing consumers with greater flexibility in accessing television content.”

Wow. Can one imagine being able to watch what you miss on your BlackBerry while you’re out on the road taking care of business? That would be a killer app. And imagine if Apple made similar capability with the AppleTV? What a wonderful world that would be.